The island government (Cabildo Insular) is based in the capital, Arrecife, which has a population of 57.357. The majority of the inhabitants of Lanzarote (115.112) are Spanish, with a sizeable number of residents from other European nations, mainly British (5.880), Germans (2.538) and Italians (3.433).

The island has its own international airport and Guacimeta Airport is situated approx 5 km from the capital Arrecife, on which 3.146.117 passengers travelled in 2017. Tourism has the main influence on the island’s economy for the past forty years, the only other industry since is agriculture and construction.

Another smaller tourist sector has been promoted and the amount of international Cruise liners docking at Arrecife harbor has improved in the past years and has produced in 2016 the amount of 377.803 tourists in 186 Cruise liners, who have come to visit the island.

Lanzarote is part of the province of Las Palmas, and is divided into seven municipalities: 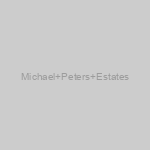